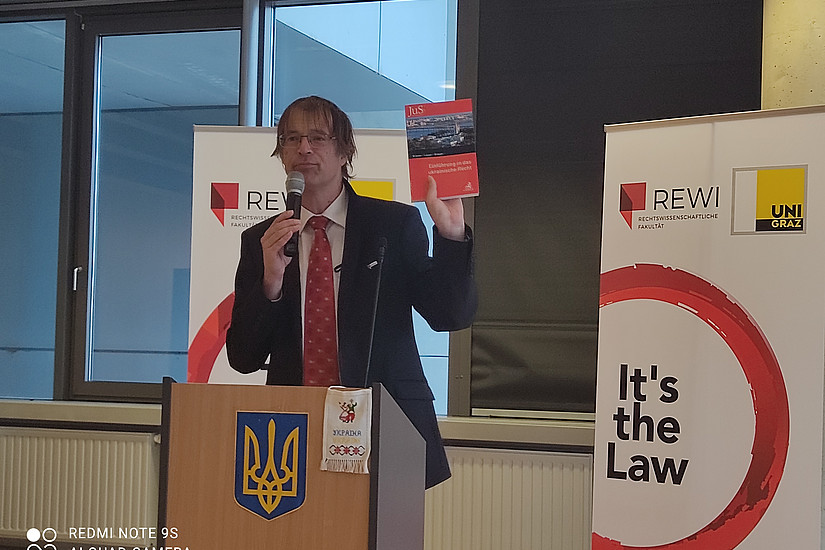 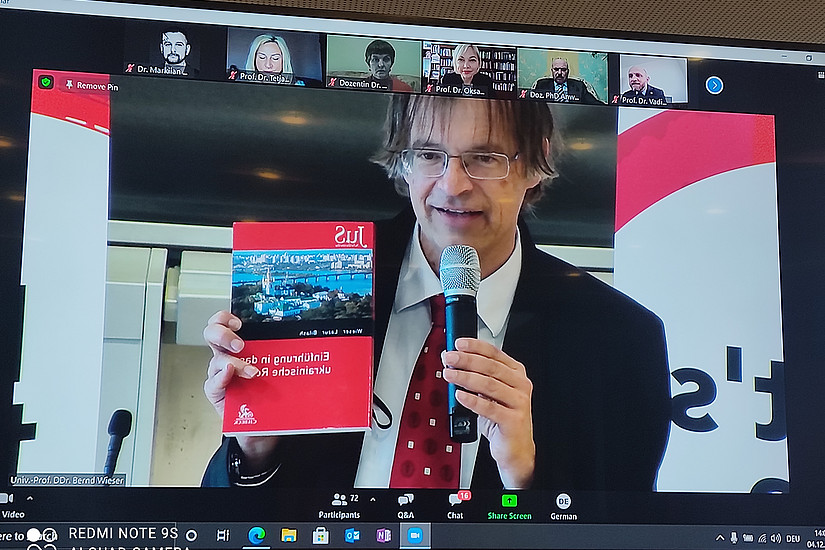 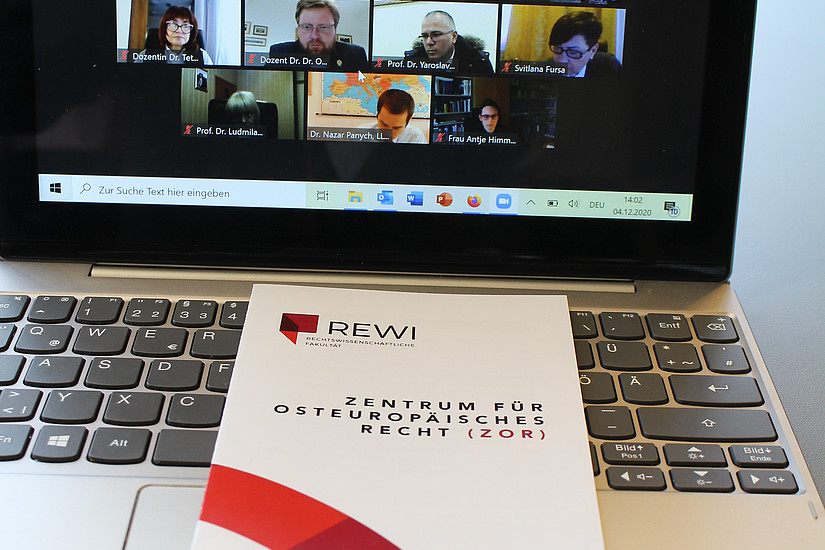 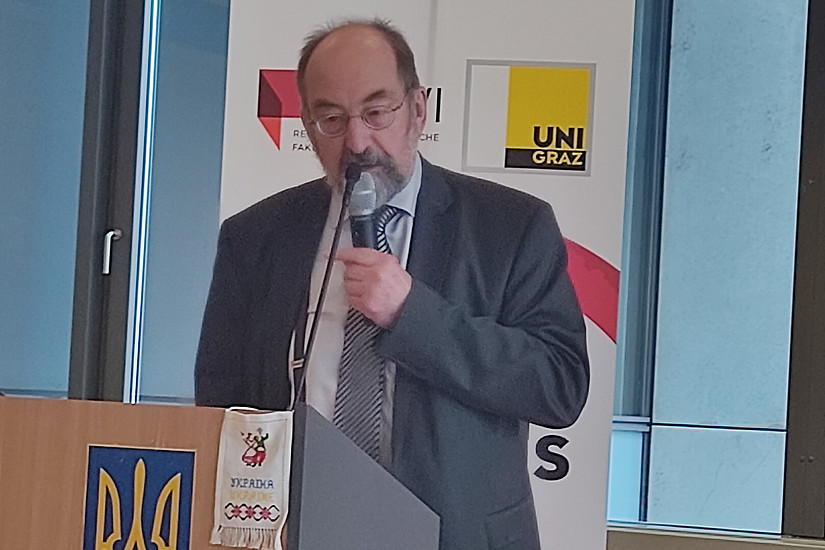 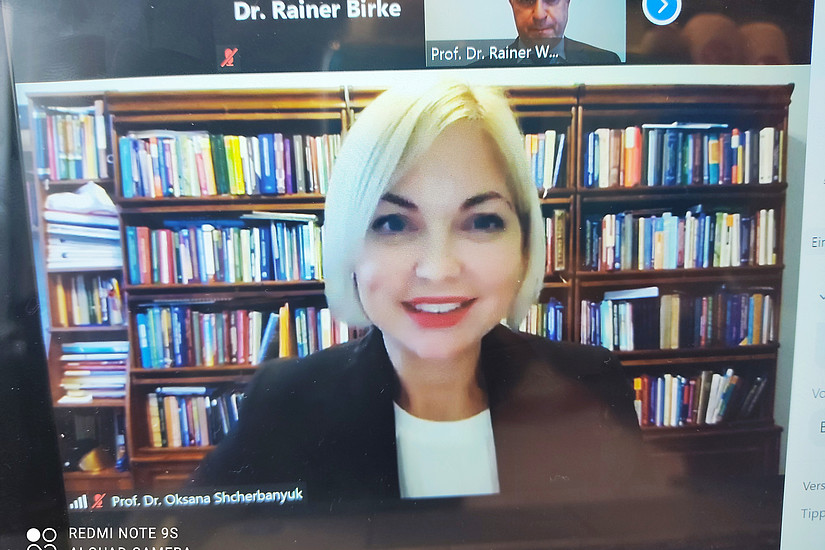 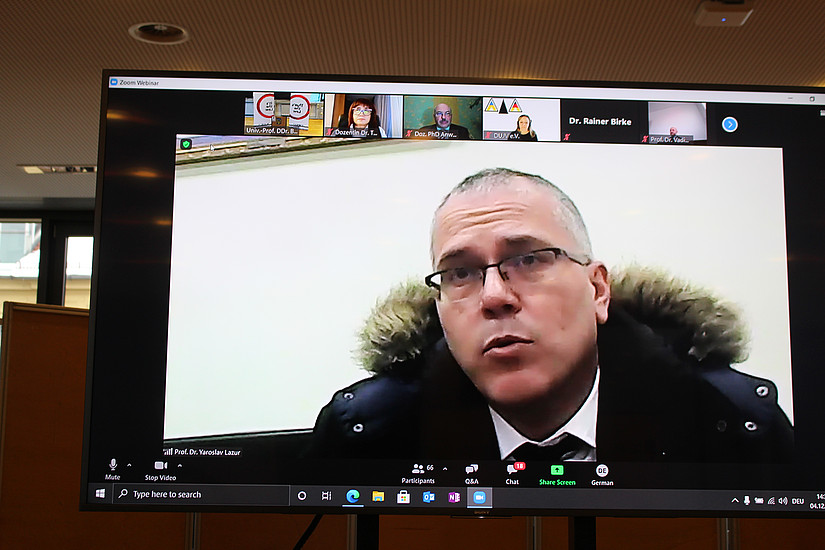 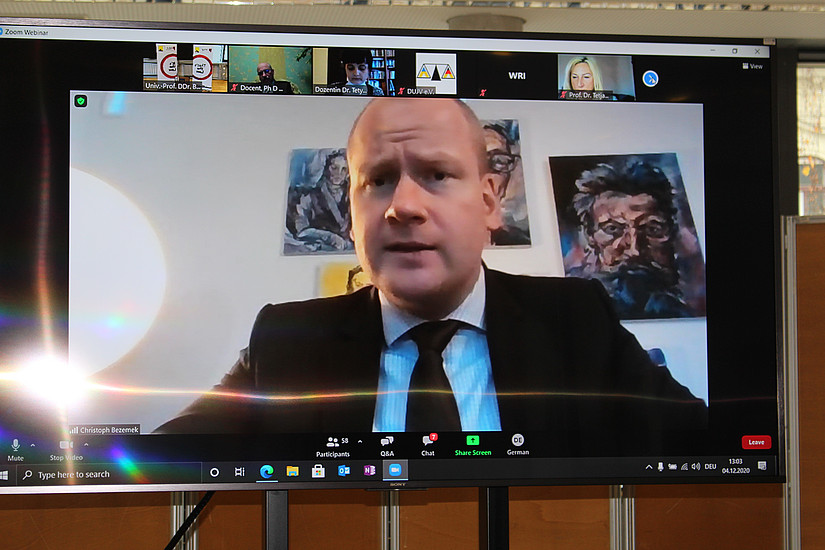 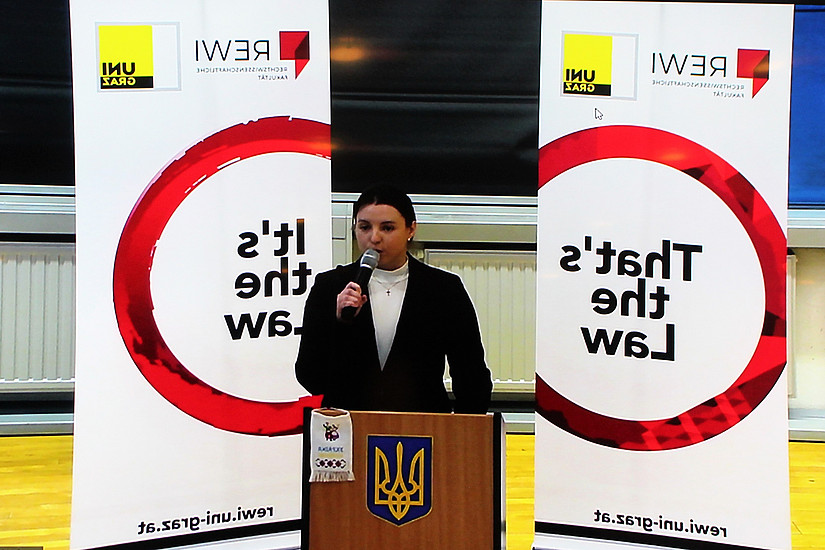 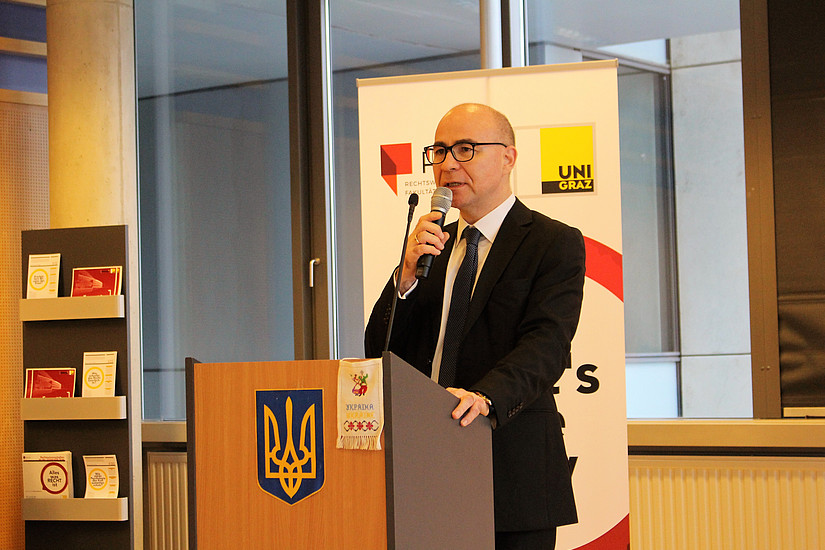 On December 4, 2020, the opening event of the Centre for East European Law and Eurasian Studies (CEELES) took place at the University of Graz. It was a joint event in cooperation with the German-Ukrainian Lawyers’ Association (DUJV e.V.). Despite being held largely online and without an audience in attendance due to the Corona restrictions, it still lived up to its title - “Reforms of Ukrainian Law: Current Developments” - and its international character.

The conference was opened with welcome greetings by Dean Professor Christoph Bezemek, Head of CEELES Professor Bernd Wieser and Dr. Rainer Birke (chairman of the DUJV). In his welcome message, Dean Bezemek emphasized the significance of comparative law research at the Law Faculty of the University of Graz and the role of CEELES in promoting this legal discipline. Professor Wieser, then, outlined both the methodological and geographical focus of the Centre, referring in particular to projects that have already been finalized, such as one of its flagship publications, the Handbook of the Russian Constitution (available in German and in Russian).

This was followed by the key note by Professor Otto Luchterhandt (Professor Emeritus, University of Hamburg), the doyen of German-language research on East European and Russian law, titled "Thirty Years of the National Legal Order of Ukraine – a Survey”. In his lecture, Professor Luchterhandt critically reviewed the last decades of legal developments in Ukraine and above all problematized the remaining stumbling blocks in the Ukrainian legal culture, in particular with regard to the rule of law, the legality principle, a remaining authoritarian tradition as well as an uncompromising power orientation of the political elite.

After these thought-provoking statements, the conference moved on to the second major part on the agenda, the presentation of the book Introduction to Ukrainian Law. Under the joint editorship of Bernd Wieser as well as Yaroslav Lazur (Dean of the Law Faculty of the National University of Uzhgorod) and Oleksandr Bilash (National University of Uzhgorod), the book represents a comprehensive work on the Ukrainian law, its foundations and its history in a systematic presentation. It has been published by the renowned German publisher C.H. Beck in Munich. Under the guidance of Professor Wieser, a comprehensive picture of the Ukrainian law in German has been presented, making it accessible to both legal scholars and practitioners in a compact and easy-to-read manner.

Thereafter the scepter was handed over to Dr. Rainer Birke, who resolutely moderated the second part of the conference: there were no less than 23 lectures at the annual DUJV conference. Legal scholars and practitioners from the Ukraine, Germany and Austria appeared in five different thematically arranged online panels. In spite of the high number of presentations, the rather condensed form of the presentations offered the participants and audience the opportunity to discuss various highly topical legal issues in the Ukrainian legal system.

After this tour d’Horizon through various legal fields as well as legal issues in Ukraine, the conference was concluded by the CEELES director Univ.-Prof. DDr. Bernd Wieser. In his final remarks, Professor Wieser thanked all participants and once again emphasized that the CEELES is always open for and welcomes initiatives on cooperation and joint research beyond the borders of Austria.

More News All (German only) 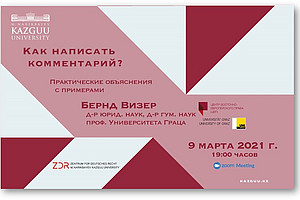 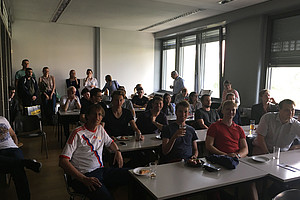